The ancient Greek myth where Zeus, disguised as a swan rapes Leda, a mythical goddess, has its origin in even more ancient roots. The patriarchal Greek version envisions Leda subjugated by Zeus but earlier version, has her a victor in the "Love-Chase" game.

These myths became an obsession of mine because until this day myths about rape are alive and well in popular culture. For more than a decade, I have returned frequently to this myth, identifying with Leda struggles and ultimate transcendence. 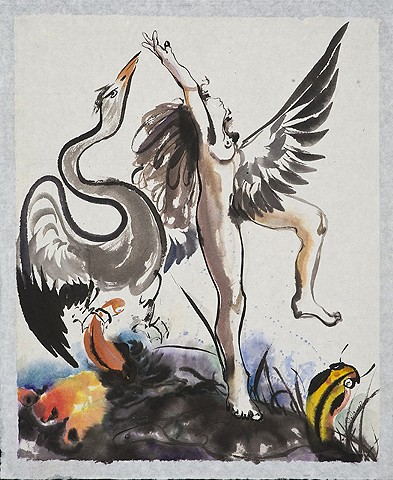 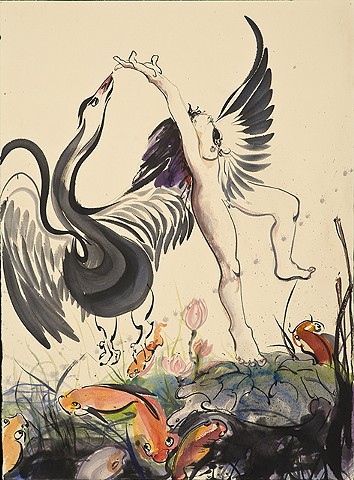 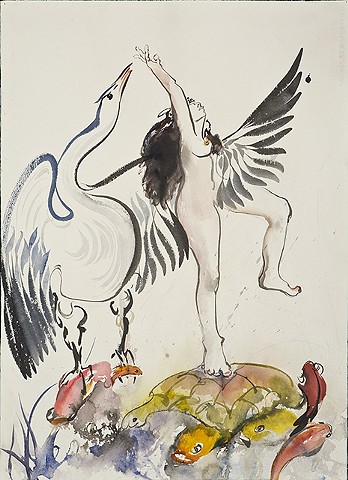 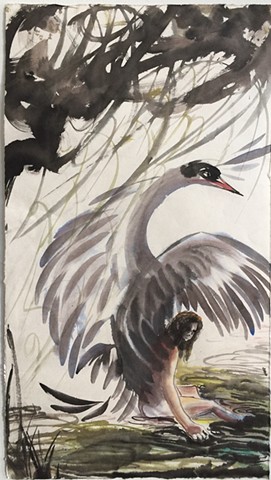 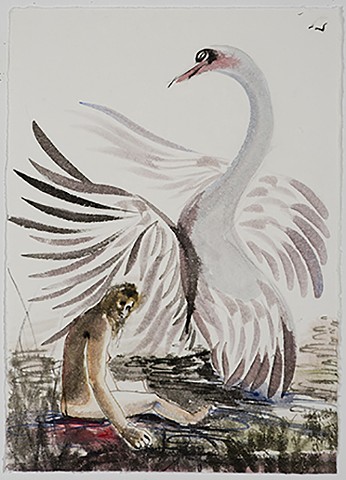 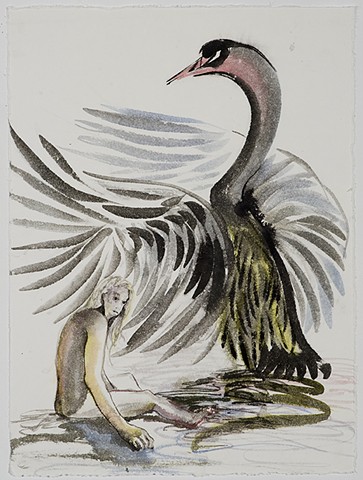 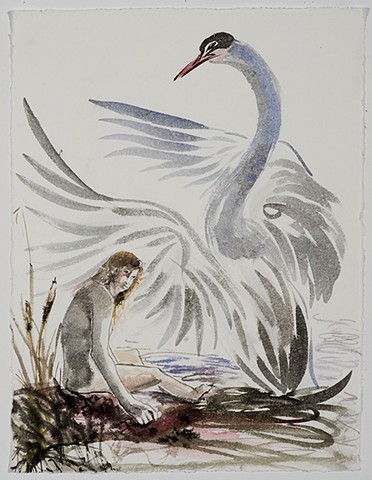 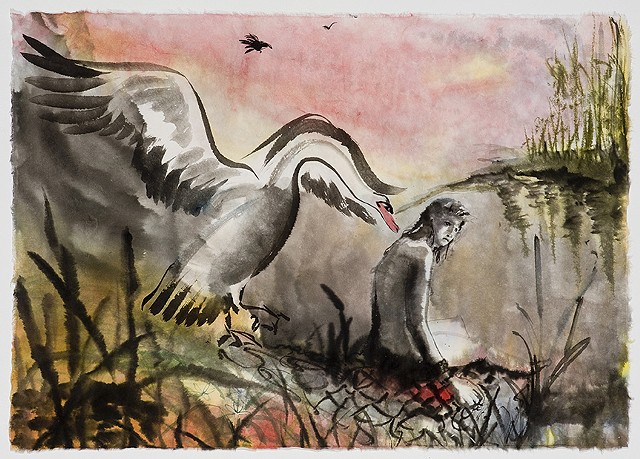 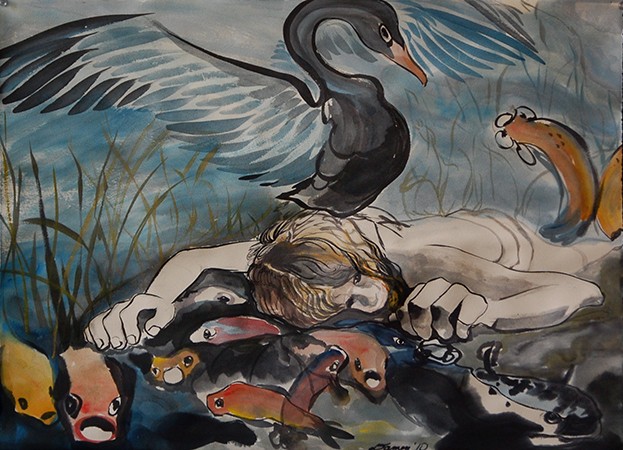 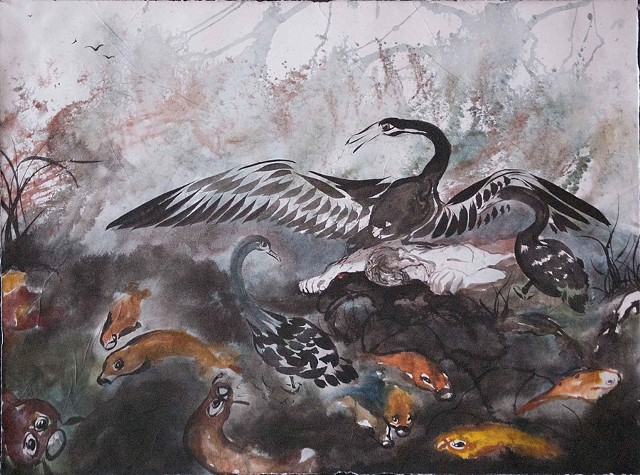 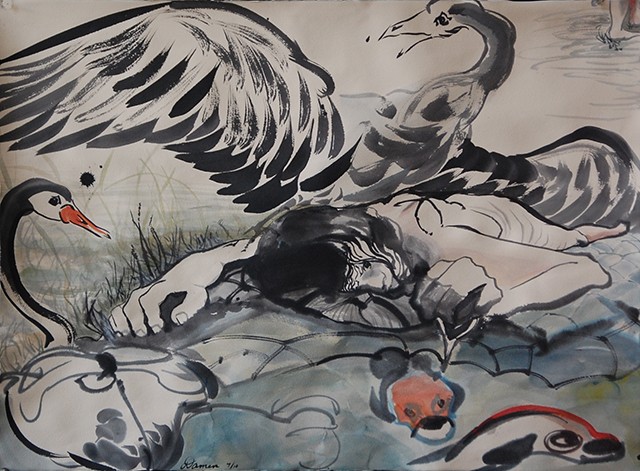 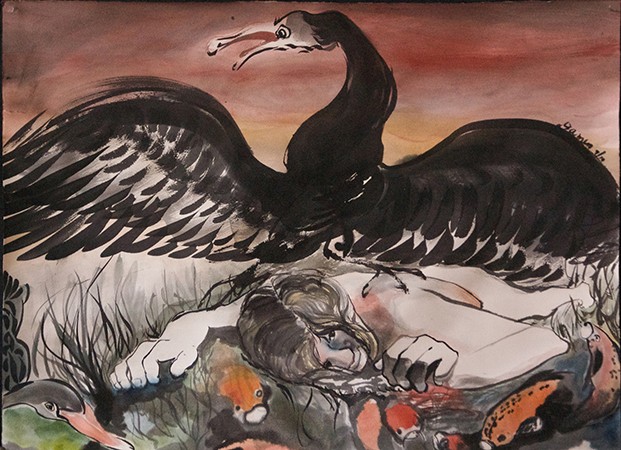