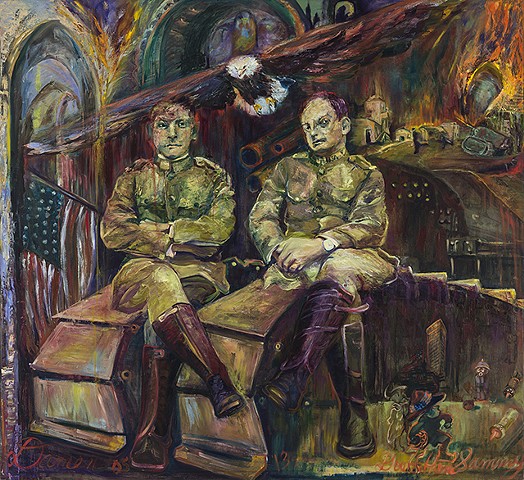 "Down Them Sammy" refers to a caption found on an antique cartoon from the First World War. " Sammy" was the name given to American soldiers by the British. Those "sammies”, young, brash men who engaged in that “war to end all wars" arrived with enthusiasm and even arrogance. But instead, it was a total war that scarred generations.